“The area where two or more distinct habitats adjoin is called an Ecotone. Because it is a border zone where multiple sets of resources and opportunities become available, an ecotone tends to support greater biological diversity than either of the systems it mediates between. Deliniating an ecotone, however, can be problematic. Like habitats and ecosystems, ecotones are not self-defining, as, for example, individual species are. They are human constructs, which derive their shape and character from the qualities their observers find most salient. In scientific terms, one might say that the world is composed of gradients with relative discontinuities. Put simply: things change nearly everywhere, and so nearly every place is the edge of something and shares the qualities of an ecotone.” *

A sister series to Littoral Drift, Ecotone also engages dynamic photographic materials in the landscape, but collaborates with precipitation rather than ocean waves or running water in the landscape. Rain, snow, ice, fog, etc. chemically activate the photographic materials, while they expose via the residual sunlight that exists even in the heaviest storm. I drape the photochemically treated paper on objects in the landscape, from windfall branches and boulders to garbage cans and fences. The pieces record the movement of water through the planetary surface, tracing both built and unbuilt topographies. 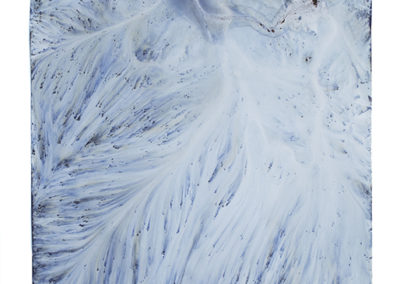 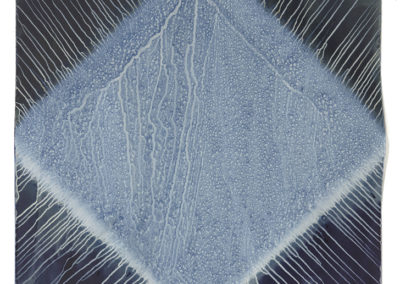 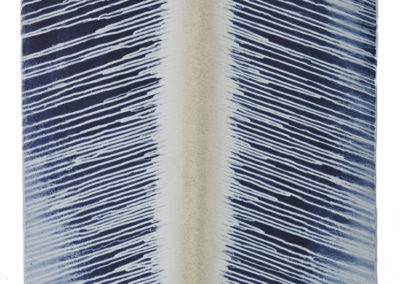 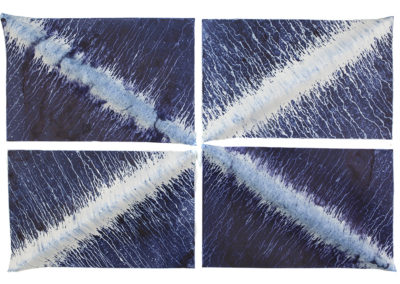 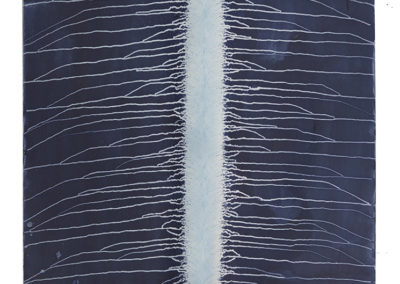 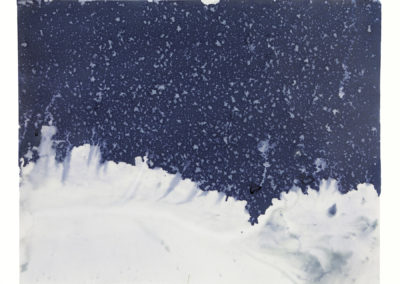 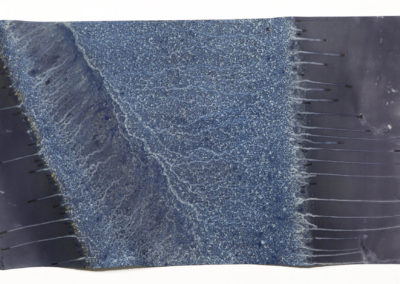 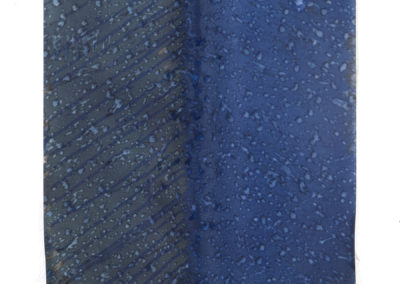 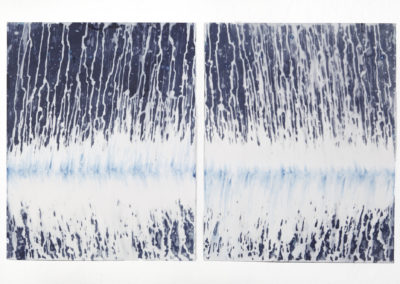 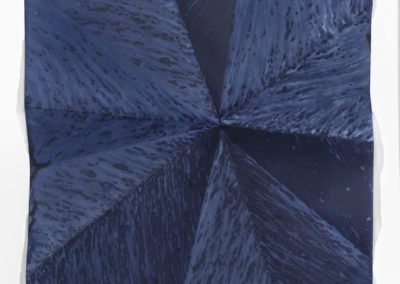 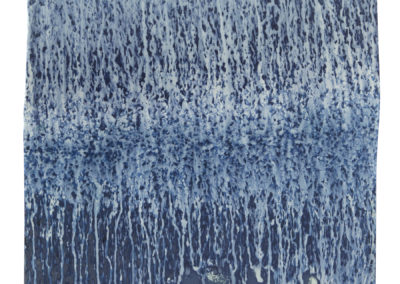 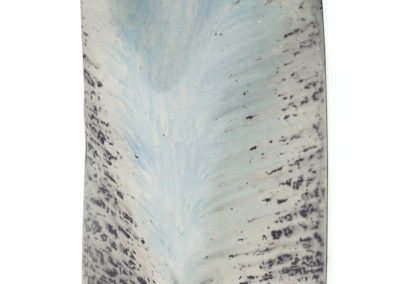 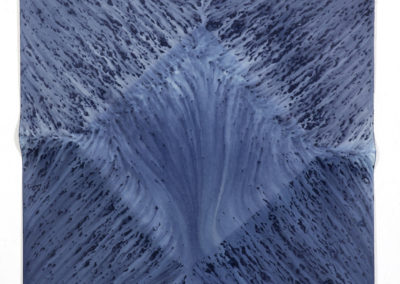 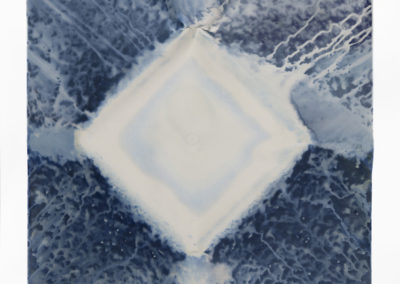 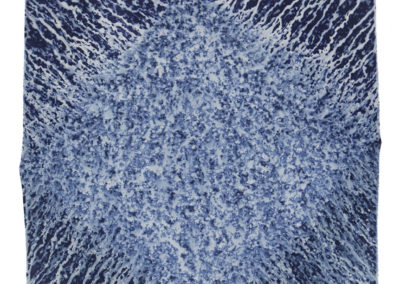 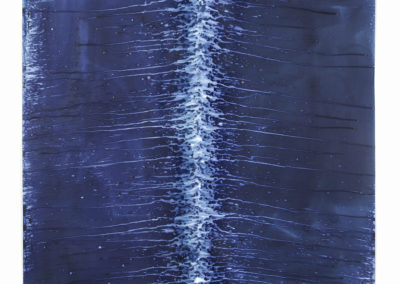 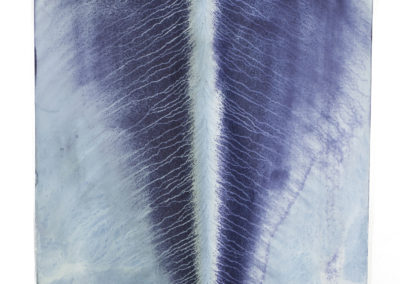 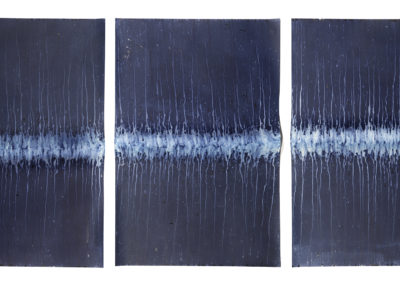 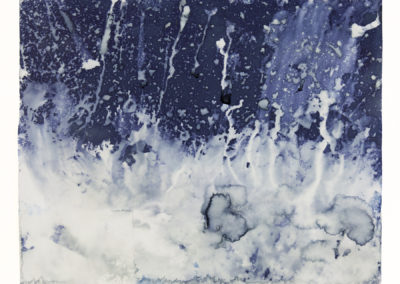 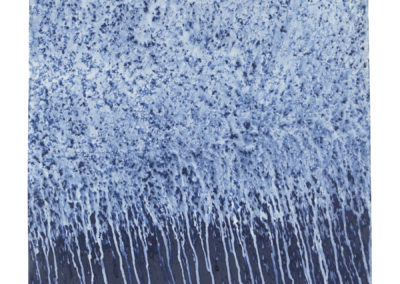 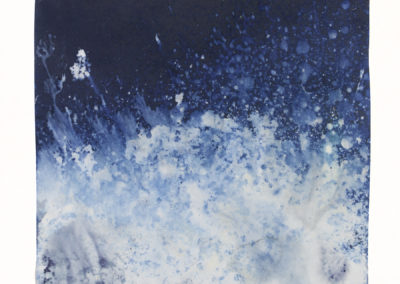 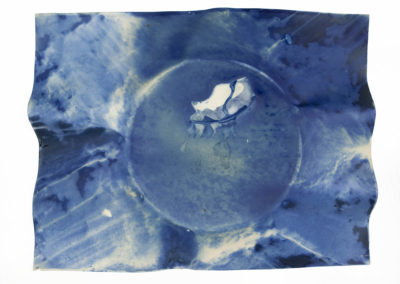 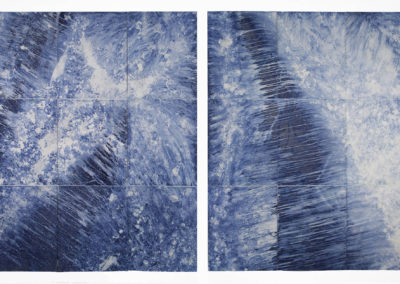 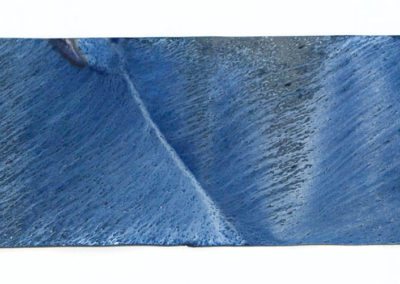 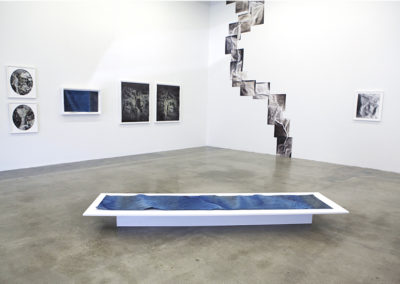 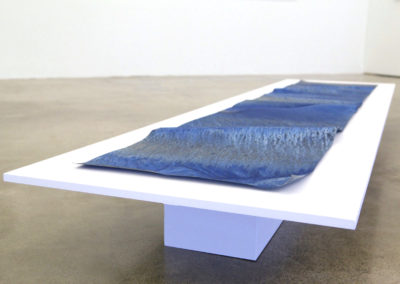